Looks like another Android tracking app has hit the market. Highster Mobile is the latest company to offers stealth GPS tracking of any Android smartphones.

Highster Mobile is very similar to the other Android spy apps on the market that offer “stealth” GPS tracking, plus various monitoring and spy features (such as mSpy and Mobile Spy). From what I can see, Highster Mobile looks to be going after the “low cost”market. The app sells for an affordable $69.95, and it enables you to install on as many Android devices as you want. This is compared to mSpy that restrict the app to one device only. 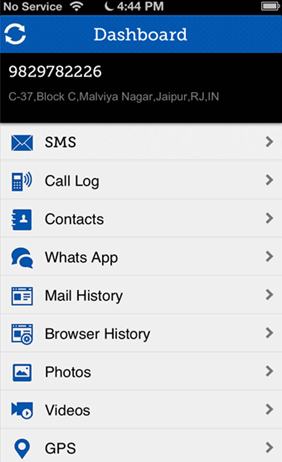 SMS Tracking – This feature allows you to secretly read text messages sent and received from the Android device.

View Call Logs – This feature allows you to find out who they are calling, or who is calling them.

Although not as feature rich as mSpy, Highster Mobile offers anyone looking for a stealth Android spying app, another alternative. I personally see Highster Mobile as an entry level mobile phone tracking app, for someone who is really not interested in all the “spy” features offered by other companies, and just requires the ability to secretly track an Android cell phone. The other stuff such as reading text messages and call history are just added bonuses.

For more information, go to http://www.highstermobi.com/faq.html

How To Track an Android Phone without Them Knowing

Android tracking apps have come a long way over the past few years. If you want to track an Android cell phone, no longer are you limited to only a “Android tracking” app, but now you can access a plethora of tracking, spy, and monitoring features.

The best low cost solution, and easiest way to track an Android phone is via Highster Mobile SPY. Although this app has the word “spy” in it, don’t be alarmed. This is used purely for marketing reasons.

This app is is built specifically for Android cell phones, and gives a spouse, parent, or employee, with a great low cost, and highly effective way to track Android phones, without requiring them to spend hundreds of dollars on expensive GPS tracking hardware . There are no monthly fees, and the software is installed directly on the Android phone, so the person never has to worry about an extra device to carry.

How to Get Started

The way this app works, is you simply install it directly on any Android cell phone that you want to track. Once installed, the app will transmit GPS coordinates to an online account that you set up at time of purchase. This gives yourremote access which means you can log into your account and view all the logs recorded on the Android device.

To view where the GPS coordinates are on a map, you simply click on the GPS coordinates and you will be directed to Google Maps, where the coordinates will appear on the map giving you an exact location of where the Android device was at that point in time. Since the Android tracking app uses Google Maps to show your spouses location, you can take advantage of all the features offered by Google Maps such as zooming in or out, changing the type of map shown to a street or terrain view, find out local landmarks & businesses, and even get driving directions to the location.

Highster Mobile is a fantastic way to track someone and find out where they are going. There is not a better way to secretly track an Android cell phone. 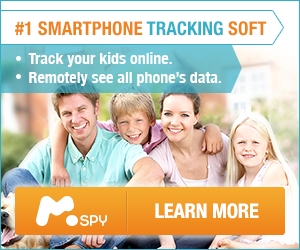